Candy Crush Detox Delete seemed to be the only way for me. I confess that when I first wrote about Candy Crush Addiction on March 25, I had only played the game for a couple of days. I claimed quite truthfully that it was for research because it was. It is now April 15, and after reaching Level 95 on the original game, and Level 45 in Dreamland, I deleted the App from my iPhone. I had become obsessed, addicted, lost in the game too many times, though I didn’t delete it from my Facebook account initially because if I did that I would lose my entire account. If I decided to play again, I would have to start over.

I knew I was really addicted last night when I woke up around 1:30 a.m. and couldn’t go back to sleep. I blamed it on the full moon, and the intense energy I felt circling around me, but was that really the truth? I decided to go downstairs and get my computer to play a couple of games of Candy Crush. What could it hurt? It hurt. At 3:45 a.m., when the moon was at its fullest, I was still playing. A true addict. At that point I deleted the game from my Facebook account, thus it is gone. I suppose this is like giving up drinking or gambling when one decides it’s time. There isn’t a Candy Crush-aholics Anonymous yet, but there is Internet Gamers Anonymous, which falls into this category. Clearly I am not the only one suffering from this affliction. 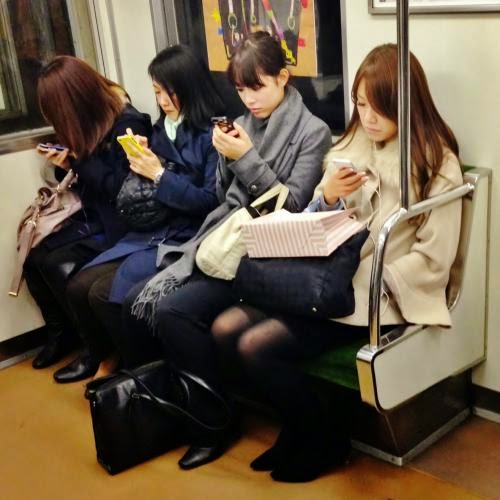 That is not to say we are all addicted. There are non-addicted players who actually find some positive aspects to the game. My good friend Patty has been playing it for three years because it helps her fall asleep. She plays until she runs out of lives and sometimes she even falls asleep while playing. When she gets stuck on a level too long, she stops playing for a week or a month. I, on the other hand, get completely wound up by the game at night and play longer because I am no longer tired.  Leslie, another friend, is the one who inspired me to go cold turkey. When she realized that throughout her day she spent more time on Candy Crush then work, her family and other things that were important to her, she deleted it. She is 40 days Crush free.

My first blog entry on Candy Crush was prompted by the IPO that did not do very well, given the fact Wall Street saw it as more of one hit wonder. I relayed the astounding statistics of this phenomenon. Over 500 million people downloaded it last year, and play more than 1 billion times a day. In addition, the company makes roughly $900,000 a day on the game, and an astounding 493 million in 2013. At the time I had not experienced the addictive qualities of the game first hand. Now that I have, the research is compelling to me, as well as the suggestions for treatment. As I said I took the abstinence route this morning, but it remains to be seen if I can stick to my conviction.

In an article Candy Crush Addicts Come Clean, the statement, “To be an addict, by definition, is to habituate to something compulsively or obsessively?" There are other types of media addictions including television where one may begin to watch an entire season of a show in an addictive fashion by watching one after another into the wee hours of the night. This can be thought to be synonymous with the way we play just one more game of Candy Crush, only to be lured into another and another until we’ve spent 2 hours pushing candies around on a digital screen. I speak from experience on both of these. I admit to watching Mad Men in sessions of multiple episodes, but not the four seasons of Downton Abbey. I was able to pace myself to no more than one a day, and I succeeded. I wanted to relish every moment of the series. With this success one might think I would be able to do it with Candy Crush, but I admit in the 21 days I played the game the length of time I played and the intensity of neglected tasks increased. I suppose this could also have something to do with the dopamine hit that comes from the congratulatory sounds and music as well as the exclamations of excitement with the words, “Super Crush!”

One of the distressing statements by some programmers of the game was their desire to create addiction, “There’s an intriguing possibility that may appeal to Candy Crush addicts. Can we profit from the millions of hours humans spend solving Candy Crush problems?” These same programmers are creating a problem that will be examined in another blog entry which is about the danger of pedestrians walking and texting, emailing, and playing Candy Crush. Have you ever walked down the street, texting or playing Candy Crush, only to bump into people or things with an embarrassed, "Excuse me." I have, but again I'm not the only one. Research on the dangers of texting and walking is an addendum to texting and driving.

So how does one counteract this addiction similar to other Internet, digital device, and iPhone addictions. It begins with mindful awareness that there is a problem, but even though some people realize this, it doesn’t mean that they can stop. Given the statement by some of the programmers, it’s no wonder that people cannot stop, for it is one of the intents of the game to keep people playing and spending money when they run out of lives or need to buy boosters or more moves. It is a very sneaky way to lure people into spending their money.

Some tweets reveal humorous, and not so humorous, confessions on Twitter: “I refuse to be a slave to you! #CandyCrush,”  “I never had heroin, but I assume it has a similar effect to Candy Crush Saga,” “I think my Candy Crush addiction is curing my Facebook Addiction,” and “Finally submitted my grades, I can now go back to playing Candy Crush.” Keeping names anonymous there are some teachers at my daughter’s school who are on levels in the 500s. I’m sure they only play after their schoolwork is done. I hope we can say that about students who play the game, for there are many.

If awareness doesn’t work, then there are boundaries one’s spouse, family or friends can put on them. Just like screen free zones at dinner, at a restaurant, and other socializing times, this needs to include Candy Crush. There are other times when it is a time sink hole keeping people from doing necessary things like work, car pool pick ups, and spending time outdoors, to name a few. The most emphatic continues to advise, “Life really is too short for sliding candies around. DELETE, MOVE ON, spend your time on something else!”

Wish me luck in staying on the Candy Crush wagon, and my one piece of advise is don’t download the App! Don’t play on someone else’s phone or computer! Find mindful alternatives like walking in the woods, gardening, cooking, or reading. With reading, I mean a "real" magazine, newspaper or book. The screen could be too tempting for it holds the key to the addiction as well. Only one step away from the download. This is my advise to myself as well.

Posted by Susan Reynolds at 1:31 PM